CAIRO – 3 February 2020: Ethiopian Prime Minister Abiy ِAhmed stated that since the involvement of the US Department of Treasury and the World Bank in the tripartite negotiations between Egypt, Egypt and Sudan over the construction of the Grand Ethiopian Renaissance Dam (GERD), the issues of disagreement between the three countries seem to be resolved.

“Since the involvement of the observers, it is encouraging that we [Ethiopia, Sudan, and Egypt] seem to get close to obtaining solutions to the issues that used to take extended time,” he was quoted as saying by the Ethiopian News Agency (ENA) when he gave a speech at a hearing session by the Ethiopian parliament on Monday.

Ahmed added that his country will never sign an agreement that harms his country’s national interests or any Nile downstream countries.

In one year, key progress has been made in building the early power generation waterways hydro mechanical and electromechanical works which had been stalled for some time, thereby severely hampering set completion times of the Grand Renaissance Dam.1/2 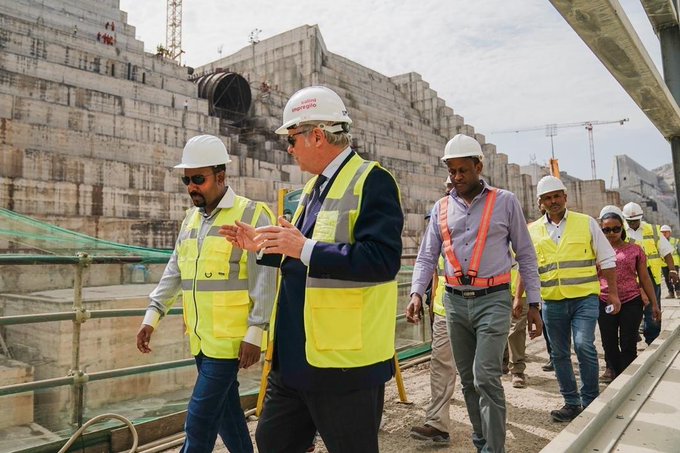 After a four-day negotiation in Washington D.C on January 28-31, the three countries reached an agreement on only three points of contention regarding the construction of the controversial dam.

They agreed on a schedule that includes a plan for filling Dam in stages, and on mechanisms for dealing with droughts, prolonged droughts, and years of water scarcity during the process of filling the dam, and during the dam operation.

The US drafted a document of agreement regarding the three above-mentioned points and was unilaterally signed by Egypt.

The disagreement between the three states dates back to May 2011 when Ethiopia started building the dam; Cairo has voiced its concerns that building the dam could harm its 55.5 billion cubic meters share as 80 percent of Egypt’s share comes from the Blue Nile and Ethiopian Heights, while Ethiopia says it is necessary for its development and electricity production. However, the three countries reached an initial deal in 2015, announcing the “Declaration of Principle,” per which the dam should cause any harm to the Nile downstream countries.

Financing for (Under)development in Africa?

The Age of Ethiopia’s Identity Crisis: Why Some Are Wishing for Mengistu

Romancing the “Wounded Beast” in Ethiopia: Is Reconciliation Without Truth Possible? (Part I)

The police killed my son. Why can’t they answer my questions?