Ilhan Omar, a Somali-American lawmaker has joined calls for deadly ethnic clashes in eastern Ethiopia to stop. “The deadly conflict between ethnic Somalis & Oromos must end,” she said in a tweet.

The 35-year-old whiles pushing for an end to the hostilities added in her tweet on Sunday, “…we must come together to find unity and seek peace in the darkest of times.”

Her tweet was accompanied by a handshake of an Oromo to the left and a Somali to the right. The deadly crisis according to government figures led to death of 50 people and displacement of over 50,000 others.

The deadly conflict between ethnic Somalis & Oromos must end, we must come together to find unity and seek peace in the darkest of times. 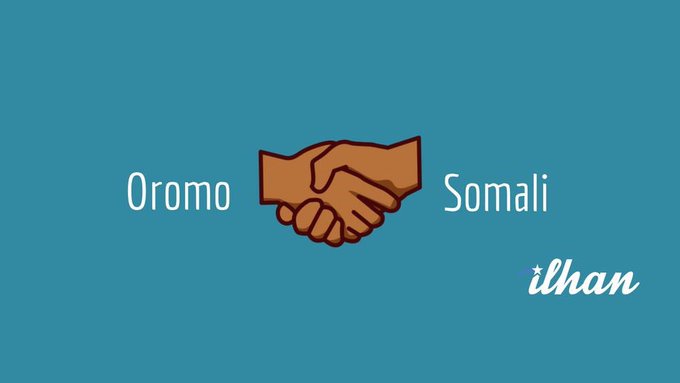 The deadly conflict between ethnic Somalis & Oromos must end,
we must come together to find unity and seek peace in the darkest of times.

The government in Addis Ababa said it had deployed federal security forces to the restive region and also mandated a human rights team to ensure those behind the crisis and rights violations are brought to book.

The cause of the clashes has been pinned on a battle for resource control between the Somalis who are predominantly pastoralists and Oromos who are mainly farmers.

Another issue underlying the tensions has to do with a border referendum between Oromia and Somali regional states dating years back. The results which largely favours the Oromia State has yet to be fully implemented.

Ilhan made history in November 2016 when she was voted the first Somali-American legislator. She was subsequently sworn into office as a Member of the House of Representatives to serve the people of Minnesota.

She is a policy analyst, coalition builder and community educator. She left Somalia due to the civil war, moved to Kenya before ending up in the U.S. Her twitter bio describes her as ‘‘Intersectional feminist, mom’‘ and legislator.

She stood on the ticket of the Democratic Farmer Labour (DFL) – affiliated to the Democratic Party, in Minneapolis District, defeating the Republican opposition.

As a lawmaker in the Minnesota House of Representative for District 60B, her legislative area comprises parts of the Cedar-Riverside neighborhood, south-east Minneapolis and the University of Minnesota.

Many into one Africa, one into many Africans

Ethiopians protest at the South African embassy in Washington DC