LONDON — Scientists across Europe have been puzzling about a phenomenon that seemed laden with mystery and menace in somewhat uneven proportions — a concentration of radioactive pollution caused by a nuclide called ruthenium 106.

Official monitors in France and Germany concluded that, based on weather patterns, the contamination detected since late September had emanated from southern Russia or from Kazakhstan.

“The most plausible zone of release lies between the Volga and the Urals,” the French Institute for Radiation Protection and Nuclear Safety said on Nov. 9. Jean-Marc Peres, the institute’s director, told Reuters that the geographic area could indicate a spillage in Russia or in Kazakhstan.

On Oct. 8, the German Federal Office for RadiationProtection said, “Russia must be assumed to be the region of origin of radioactive release” — a suggestion that was denied by Rosatom, the state company that runs Russia’s nuclear industry.

According to a statement from Rosatom, “None of the enterprises of the Russian nuclear industry has recorded radiation levels that exceed the norm.”

“One of the countries in the eastern part of the European Union” was more likely to be the source, Rosatom added, noting high radiation levels over Italy, Romania and Ukraine.

Nonetheless, the presence of the little-known substance raised unease that a threat to European health might be building — hardly surprising in light of the West’s broad palette of other worries about Russia’s intentions, including the crisis in Crimea, which was annexed by Moscow in 2014, and the Kremlin’s activities in cyberspace.

On Wednesday, one of Britain’s top security officials, Ciaran Martin, warned in a speech that, over the past year, Russian hackers had undertaken far more persistent attacks on his country’s energy, telecommunications and media industries than previously acknowledged.

Two days earlier, Prime Minister Theresa May accused Russia of “seeking to weaponize information, deploying its state-run media organizations to plant fake stories and photoshopped images in an attempt to sow discord in the West and undermine our institutions.”

In matters of nuclear threat, of course, European memories are framed by episodes such as the catastrophic accident in 1986 at the Chernobyl nuclear plant in Ukraine, then part of the Soviet Union; and, 20 years later, the lethal poisoning in London of a former K.G.B. officer, Alexander V. Litvinenko, with polonium 210, a rare and highly toxic isotope.

With such considerations in mind, the detection of elevated but unexplained levels of ruthenium 106 by monitoring stations in Austria, France, Germany, Italy and Switzerland raised alarms.

Slowly though, as the levels retreated, the fretting eased.

German and French nuclear security agencies concluded that the pollution had not threatened the health of Europeans or the environment in which they live. “These low levels of radioactivity do not pose a health hazard to the population,” the German radiation protection office said on Nov. 10.

The French institute reached similar conclusions, but said the amounts of ruthenium 106 released at the source of the accident were significant. If contamination of this magnitude had occurred in France, it said, the authorities would have ordered protective measures for people living miles around.

The nuclide, which does not occur naturally, is used for a variety of purposes, including as a therapy for cancers and as an energy source in satellites.

According to European scientists, the International Atomic Energy Agency, the United Nations’ nuclear watchdog, has investigated whether the pollution could have been caused by a satellite falling back to earth, but concluded that there had been no such event.

Nor, according to the French and German radiation protection agencies, could the pollution have been caused by an accident at a nuclear reactor, because only ruthenium 106 has been detected and such a spillage would have released other nuclides. That left two potential sources, the French agency said, “either in nuclear fuel-cycle facilities or radioactive source production.”

Jean-Christophe Gariel, a senior official at the French agency, said, “We’ve done our job with the European data that was available, but we cannot go further for now.”

Referring to Russia, he added, “Maybe we’ll be able to answer more questions when the country concerned by the issue comes up with more precise information.”

He said that when he spoke to his counterparts in Russia last week, they had not been able to explain the origins of the contamination. “We showed them a document detailing our scientific approach. They told us that our results were coherent and correct, but that they were not aware of any event that could have caused that.”

In a telephone interview, Mr. Gariel said French experts thought the two most likely explanations were that the ruthenium 106 originated in a facility treating used fuels, or that it came from a plant producing ruthenium exclusively.

In any event, the French agency said in a statement, ruthenium levels had been decreasing since Oct. 6 and the nuclide was “currently no longer detected in Europe.” 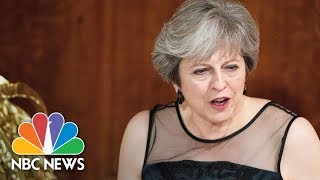 The Cause of Ethiopia’s Recurrent Famine Is Not Drought, It Is Authoritarianism

Ethnic Regionalization & Its Ramification on Health: A Study of Malaria Epidemics in Ethiopia

Our children have been abducted and the Ethiopian government keeps silence