JOHANNESBURG (AP) — More than 2,000 foreigners have sought shelter in refugee camps in the coastal city of Durban after deadly attacks on immigrants, a South African aid group said on Wednesday.

The refugee camps, set up on sports fields around Durban, will not be large enough if attacks on immigrants continue, said Imtiaz Sooliman, of the Gift of the Givers organization. Those who can afford it are planning to leave the country, he said. 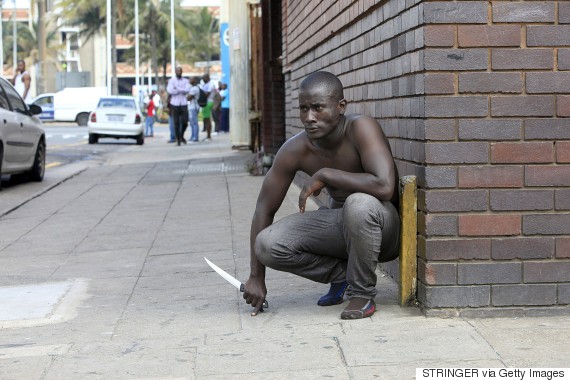 A foreign national holds a knife following clashes between a group of locals and police in Durban on April 14, 2015. (STRINGER/AFP/Getty Images)

Five people have been killed and 74 people arrested since attacks against immigrants began at the end of March, said police spokesman Col. Jay Naicker in a statement. 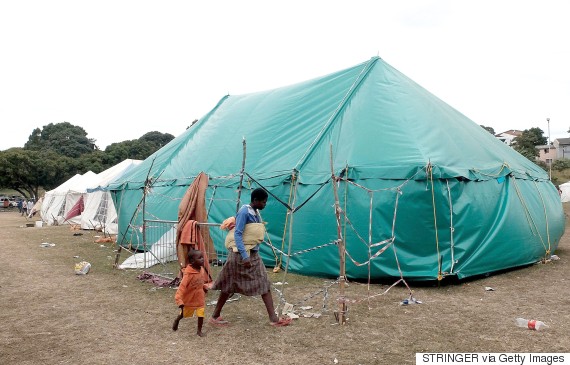 Foreign nationals walk in front of a tent as they have taken shelter to the Chatsworth sports grounds, south of Durban on April 15, 2015. (STRINGER/AFP/Getty Images) 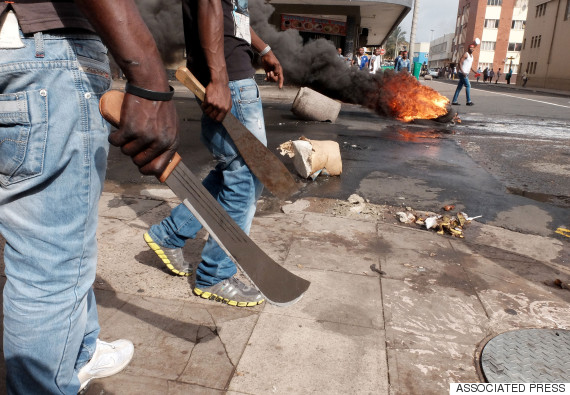 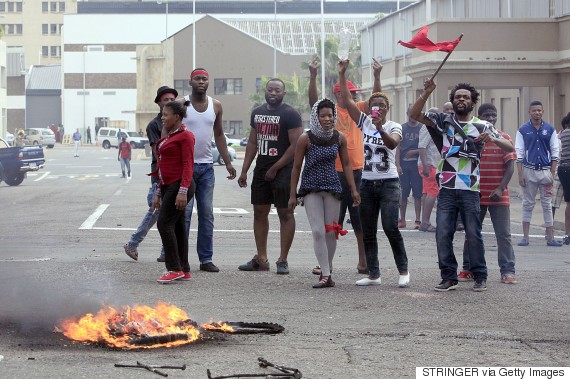 Foreign nationals gesture after clashes broke out between a group of locals and police in Durban on April 14 ,2015. (STRINGER/AFP/Getty Images)
489
SHARES
FacebookTwitter

In Ethiopia, Bitter Social Conflict Plays Out On The Soccer Field

Ethiopia: and The Realignment and Buildup of Forces in The Horn of Africa.